JACKSON, Tenn. — A Friday night shooting at a Jackson apartment complex sends one person to the hospital. 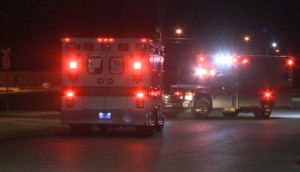 Officers responded around 10:10 p.m. to a report of a shooting at Parkway East Apartments on Roosevelt Parkway in east Jackson, according to the Jackson Police Department.

One person was injured and transported to the hospital, according to police. They did not provide any information about the victim or the extent of their injuries.

Police say they have no suspects or suspect information at this time.

At least two ambulances were on scene, and crime tape could be seen marking an area where officers were gathered.