Doctor fights to keep practice; says he was falsely accused of fraud

McKENZIE, Tenn. — As one of many doctors at the McKenzie Medical Center, Dr. Bryan Merrick sees one of his first patients of the day. 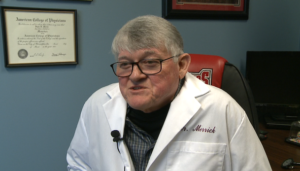 “I came here right out my residency. I always wanted a practice in a small town,” he said.

Working as a physician, Dr. Merrick sees many elderly patients.

It’s something he’s been doing for the past 30 years, but that might not be the case much longer.

“I received a letter from Medicare stating that my billing privileges were being revoked, and it will put me out of business,” he said.

Medicare says he billed 10 patients he didn’t see. Merrick says he is being wrongly accused of fraud and the mistakes are nothing more than clerical errors.

In one example, Dr. Merrick says a staff member billed the wrong patient who had the same name as another patient.

“I didn’t do anything personally wrong, professionally wrong or unethical,” he said. “This involves only 10 patients over 30,000.” 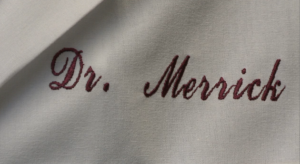 It doesn’t only affect Dr. Merrick and his patients, but those here in McKenzie say it affects the entire medical center that serves three counties.

Former State Sen. Roy Herron says he is asking for Congressman David Kustoff and for Sen. Lamar Alexander’s help, but he says he hasn’t heard back from either of them.

“This is the most abuse of an individual of any government that I’ve seen in over three decades,” Herron said.

Dr. Merrick hopes to spread the word about his situation and help other doctors that may be in his position.

“Every doctor in this country should be concerned about this,” he said.

The total amount the government is questioning is $670 over a two-year period.

Dr. Merrick says he has filed an appeal with Medicare.

We’ll continue to follow this story and keep you updated.