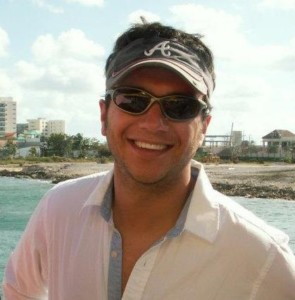 “The entire community, I think, is feeling some portion of what the family feels,” Benton County Sheriff Kenny Christopher said.

Final preparations were made at Big Sandy High School as the community prepares to say their final goodbyes to Melton, who died while protecting his wife in the deadly Las Vegas mass shooting.

“He loved being from a small town,” Christopher said. “He knew everybody in it and everyone knew Sonny. So a big piece of this community is gone, and there’s no way to fix that.”

Sonny grew up in Big Sandy and went on to become a nurse, father and husband.

“Teachers speak so highly of him, people he worked with,” Sheriff Christopher said. “I’ve known him since he was a week old and he’s just a wonderful person.”

And though it’s a difficult time, Christopher says the close-knit community is banding together.

“I’m proud to say that I can be the sheriff of this county and live in a community like this,” Christopher said. “When things go rough, they’re going to take care of each other.

He says the community has come together to help the family in their time of need.

“They’ve got a long, hard road to recovery, if there is such a thing after a tragedy like this. But we will get them through this,” Sheriff Christopher said.

Visitation for Sonny Melton will continue at 11 a.m. Tuesday at Big Sandy High School with the funeral to follow at 1 p.m.