JACKSON, Tenn. — Officials say they need to spread awareness of a force that is taking the lives of West Tennesseans on the road, a force that you have the power to stop — distracted driving. 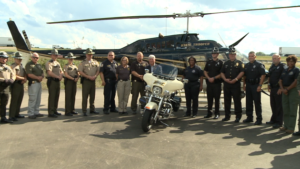 “If I see someone distracted driving on the road today they will be issued a citation. We’re in an enforcement mode today,” said Brenda Jones of the Tennessee Highway Safety Office.

Law enforcement agencies say they are tired of seeing drivers losing their lives to something that can be prevented.

“I do not want to be that officer that has to knock on a parent’s door to tell them that they’ve lost a loved one because someone was distracted and driving,” Jones said. “Don’t make me be that officer.”

“Keep raising awareness. This is the kind of thing, this is just like your mom telling you, do this, do this, do this and we’re going to keep pounding it until people get control because there’s no excuse,” said Lt. Brad Wilbanks of the Tennessee Highway Patrol. 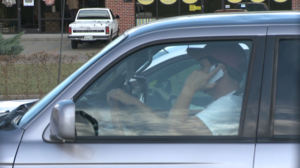 Officials say distracted driving can include anything that takes your mind off the road, from eating to putting on your makeup, but they say the main culprit is texting.

THP says one way to prevent yourself from using your cell phone when on the road is to download an app that sends auto respond messages while you’re busy driving.

“If you’re that addicted to it that you gotta look, turn it off. Put it in the glove box. Put it in the trunk. Get away from it,” Lt. Wilbanks said. “Avoid the temptation to look.” 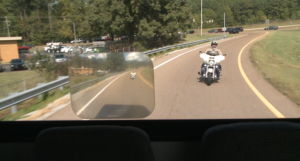 THP says many people think they’re good at distracted driving and that an accident won’t happen to them, but they have a message for those drivers.

“We’re out there,” Wilbanks said. “No leniency. No excuse.”

The next stop on the Distracted Driving Enforcement Bus Tour is Chattanooga. THP says they also urge drivers not to drive impaired and to always buckle up.