HAYWOOD COUNTY, Tenn. — A former Haywood County deputy is no longer on the job after authorities confirm they arrested him and charged him with domestic assault. 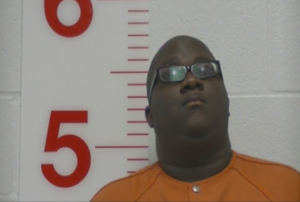 This isn’t the first time former sheriff’s deputy Adrian Perkins has been in this type of situation. According to Brownsville’s mayor, just last year he was fired from the Brownsville Police Department for the exact same charge.

“He is supposed to protect the citizens of Haywood County and he can’t even protect the people in his household,” a family member of the victim said.

According to Brownsville police, Perkins was picked up on a domestic assault charge that took place at New Revelation Missionary Baptist Church in Brownsville.

According to Brownsville police, this is the second documented offense against the former deputy.

Mayor Rawls said shortly after Perkins was fired last year, he filed a grievance lawsuit against the city. Because of that pending case, city officials say they can’t comment on what it entails but say they have zero tolerance for violence.

“It’s just not acceptable in our community,” Mayor Rawls said. “We’re all human beings, we all deserve to be treated with respect, whether we’re in our home or in the streets or in the police department or in the police car or wherever you are.”

According to court documents, Perkins pleaded guilty Monday morning to the charge of domestic assault. He served two days in jail and must also complete one year of supervised probation.

A family member related to the victim, who wants to remain anonymous, says that’s not enough. “He needs to be in jail for a long period of time, not probation, because he do not need to be in law enforcement at all, no kind of way.”

“We hate to see people suffer in silence, and we just hope that this brings the situation to light and people get the help that they need,” Mayor Rawls said.

The Haywood County Sheriff’s Office confirms Perkins had been employed with the department for a few months. He was automatically fired following his arrest on Friday.

WBBJ 7 Eyewitness News did reach out to Perkins for comment but was unable to get a response.

If you or someone you know is a victim of domestic violence, The Wo/men’s Resource and Rape Assistance Program, better known as WRAP, is an assistance program that provides resources and help for victims. Here is a link to their website.