JACKSON, Tenn. — Madison County Juvenile Court Judge Christy Little was reprimanded by the Tennessee Board of Judicial Conduct due to unexplained tardiness. 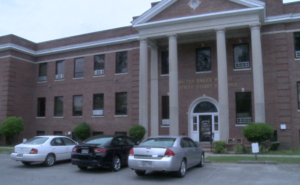 The public letter of reprimand says Little agreed to a special investigative panel by the Board of Judicial Conduct involving tardiness to court dockets for “a substantial period of time and was, on a number of individual occasions, for a significant period of time.”

The letter says that after the complaint was filed in fall 2016, Little’s pattern of tardiness stopped.

Little’s conduct violated rules of the Board of Judicial Conduct, including promoting confidence in the judiciary, compliance with the law, giving precedence to the duties of judicial office, and other rules.