Mr. Hiram E. Washum, age 63, of Murray, Kentucky formerly of Paris passed away on Wednesday, December 20, 2017 at his residence. His celebration of life will be held 4:00 P.M. on Friday December 29, 2017 at McEvoy Funeral Home with Pastor James Travis of the Church of the Living God officiating. The repass will follow the service at the Church of the Living God, 719 Gwenn St., in Paris. Burial will take place at a later date in Greenwood Cemetery.  Visitation is scheduled on Friday after 2:00 P.M. until time of service. 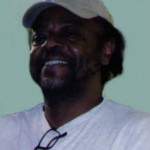 Mr. Washum became a member of the Church of the Living God at an early age. He formerly worked at Jack Jones Flowers of Paris, Tecumseh formerly of Paris, and the Burlington Railroad of Cicero, Illinois. Hiram worked and retired from Ken Lake Foods of Murray, Kentucky in 2009.