BROWNSVILLE, Tenn. — A community comes together to lay a hero down to rest, but not many actually knew the patriot. 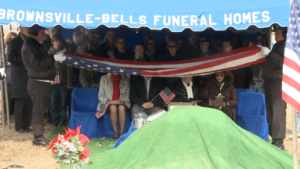 “To a veteran and people who love this country, it’s like you did know him because we’ve done the same thing together,” Scott Baldwin, with the Patriot Guard Riders said.

He died at 85 years old, but had no family or friends to claim him.

“I just wanted him to have a proper burial for his service to the country,” Baldwin said.

Baldwin got with Bells Funeral Home to give Bochenek a proper memorial service and burial.

“It’s the least we can do to give them the honor he deserves for serving,” he said.

Even though many at the service didn’t know Bochenek, funeral home owner D.J. Brewer says the definition of family is whatever you want it to be. 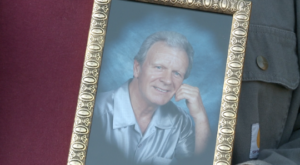 “It’s important that we take the time to remember and honor those who did sacrifice,” Brewer said.

Brewer said the funeral home never turns away veterans and their families, regardless of their ability to pay.

“That’s just part of what we do, and who we are,” Brewer said.

It’s also part of what veterans like Baldwin do.

He says they weren’t going to let their brother leave this world alone.

“It’s a brotherhood and a sisterhood with us,” he said.  “Veterans sacrificed so much to serve our country.”

Those at the veterans home in Humboldt say Walter Bochenek only has a living sister.

She was not able to afford burial services so his remains went unclaimed until the Patriot Guard Riders stepped in.