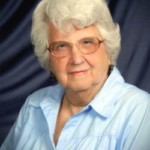 Visitation is scheduled on Thursday from 4:00 until 7:00 P.M. at McEvoy Funeral Home and on Friday at the church after 9:00 A.M. until time of service.

Mrs. Weatherly was a longtime member of First United Methodist Church and the Pairs and Spares Sunday School Class, and was active in the FUMC. She was Co-Founder and former owner operator of Weatherly’s Central Electric. She was an avid genealogist and charter member of Henry County Genealogical Society. She was a “Super Donor” in the Lifeline Blood Mobile, a member of Friends of the Library, and an active volunteer of Henry County Helping Hands.