JACKSON, Tenn. — Law enforcement officials took off their badges and put on their bow ties Saturday night for the Law Enforcement Ball. 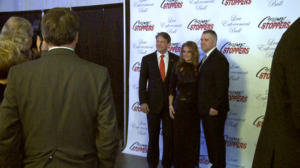 “The main reason here is to bring the community and law enforcement together as a time to have fun for once with no negativity going on and just have a blast,” said Mike Johnson, Director of Crime Stoppers.

“Are you going to go dance,” asked WBBJ 7 Eyewitness News Reporter Amanda Gerry.
“I don’t know about that so much,” joked Captain Jeff Shepard from the Jackson Police Department.

And was hosted by the Crime Stoppers organization, a partnership between the Madison County Sheriff’s Office and the Jackson Police Department, that rewards callers for giving anonymous tips that lead to solving a crime.

“The more information we can get people to share with us, the better everybody are because it’s solving crimes, and it’s like Crime Stoppers says, it’s to put the morons behind bars and get them off the street,” said Sheriff John Mehr of Madison County.

Officials sharing how important this relationship is to the community. 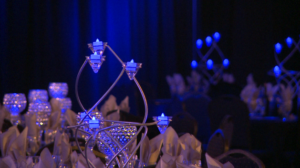 “Well it’s probably the number one most important thing. We’ve got to have support of our community, and we’ve got to have communication,” said Cheif Julian Wiser of the Jackson Police Department.

Directors say ticket sales from the gala also helped raise money toward the cause.

“It goes toward our reward fund, and training, equipment, and stuff like that,” Johnson said, “but 99 percent of that will be to the reward fund to pay for crimes that happen in our city.” 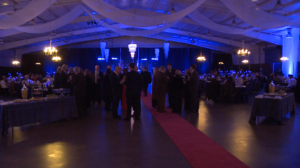 Officials say it was also rewarding to spend time with representatives from other local law enforcement agencies.

“It’s good to network with each other, and we can have a better response to things that happen in the larger community,” Captain Shepard said.

Sheriff Mehr says Crime Stoppers receives a tremendous amount of calls each day that they say help them better fight crime. He says they even get calls from surrounding counties which they use to work together with agencies across all of West Tennessee.

And Johnson tells us they plan to raise around twenty thousand dollars from the gala Saturday, considering it to be a complete success.