JACKSON, Tenn. — A 17-year-old charged in connection with a December home invasion and officer-involved shooting will be transferred to Madison County Circuit Court after a hearing 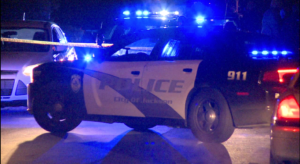 Devonta Kevon Curry is charged with felony evading arrest, two counts of aggravated assault and unlawful possession of a firearm related to the Dec. 28 officer-involved shooting on Briarcliff Drive.

Curry is also charged with three counts of aggravated robbery, aggravated burglary, theft of a motor vehicle over $1,000 and employing a firearm during the commission of a dangerous felony after a home invasion on Manor Road in north Jackson.

He was transferred to Circuit Court on all charges, and his bond has been set at $150,000 after a request from the District Attorney’s Office.

Jackson police say they were in a pursuit with a vehicle that was stolen during the home invasion, which ended near Melwood Street. Police say the driver of the vehicle rammed a police car and attempted to drive through a yard.

Officers fired at the suspect, who was later arrested and taken to a local hospital for treatment of his injuries.