MARTIN, Tenn. — Martin police are investigating a burglary early this morning at an AT&T store. 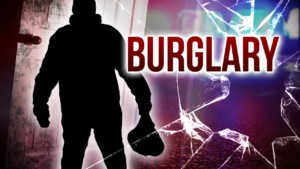 Police responded just before 3 a.m. to an alarm at the business on Commons Drive. Police say the front doors of the business were broken out when they arrived and no vehicles were in the area.

According to a report from Martin police, several display models were missing from the store.

The report is similar to four other West Tennessee cell phone store break-ins, including burglaries in Huntingdon, Camden, Trenton and Dresden.

Anyone with information is asked to call the Martin Police Department at 731-587-5355.