EXCLUSIVE: Former JMCSS teacher, terminated by school board, speaks out

JACKSON, Tenn. — A former special needs elementary school teacher says there are two sides to every story after being fired from the Jackson-Madison County School District Thursday night.

Board members voted to proceed with the termination of Jason Dover after they say he violated the integrity of a state wide exam. In a WBBJ 7 Eyewitness News exclusive, Dover said he isn’t the one to blame.

“They’re blaming me to avoid investigation from the state, when they’re the ones that did wrong,” said Dover.

It all started last April when Dover said he was supervising a special needs second grader while the student was taking his TNReady test. Investigators claim Dover gave him additional assistance and coaching, but he says he was just following directions from the school’s testing coordinator. 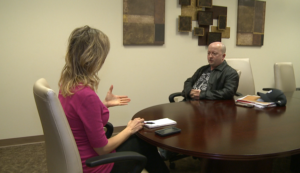 “She (testing coordinator) told me to bubble in his answers, to write his answers, breaks as needed, and extended time,” Dover said.

Dover says usually a list of these accommodations are provided in a folder supplied to him before the test, but he says it was incomplete.

“It seemed a little off. I didn’t think about it. I thought, ‘okay, she’s a testing coordinator. She knows, and I trusted her,'” said Dover.

Dover also claims people say the special needs student was not even capable of taking the test. 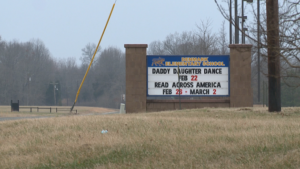 “He would turn his back to me while I was reading the question, and he would look at the book and be like, ‘that one’. And I would repeat whatever it is, like if it was like dog, cat, horse, I said whatever that one is. I was like, ‘is that your answer?’ He was like, ‘yeah that one,'” Dover said.

Dover says it wasn’t until the next day, after getting into a disagreement with the testing coordinator, that he even knew he had done something wrong.

“…and so at that point, she was like, ‘well I just may have to turn this in as a test irregularity,'” said Dover.

WBBJ 7 Eyewitness News reached out to the Jackson-Madison County School System late Friday afternoon, however as of late Friday evening they have not responded to calls.

UPDATE: Dover’s teaching license has never been suspended or revoked.