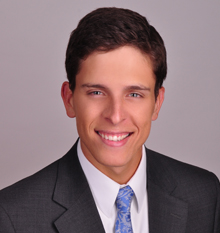 Tom Meiners is the Chief Meteorologist for the WBBJ 7 Eyewitness News Storm Team appearing weekdays on evening newscasts at 5 and 6 on ABC and 5:30 and 6:30 on CBS as well as the 10 p.m. newscast that airs on both networks.

Tom joined the WBBJ 7 Eyewitness Weather Team in July 2012. He is from the small town of Glen Head, New York, where he grew up interested in weather of all kinds but developed a specific interest in blizzards and hurricanes. During his time studying meteorology at North Carolina State University, Tom found a passion for weathercasting. He had the opportunity to study under his role models from WABC-TV in New York City that he grew up watching as a child. From there he no longer saw weathercasting as any ordinary job, but as a way to help save lives during times of inclement weather.

Tom earned the American Meteorological Society’s prestigious Certified Broadcast Meteorologist designation in 2015. The certification is given to meteorologists who pass a rigorous written exam as well as a submission of their weathercasts to a panel of judges who already maintain the certification.

Tom lives with his wife, Evan, and their dog Roxi in LANA area of Midtown Jackson. If you have any questions or would like for Tom to come speak at your school, email him at tmeiners@wbbjtv.com.