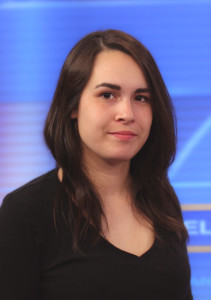 Megan Hamilton joined the WBBJ 7 Eyewitness News team in September 2010 in the production department. She was a production assistant for a year and later started directing newscasts.

Megan started working in the news department in October 2017 as a producer and currently produces the 5 and 5:30 p.m. weekday newscasts.

When she’s not at the news desk, Megan enjoys reading, playing video games, kayaking and practicing at the shooting range.