Madison Co. Board of Elections meets to approve budget for next fiscal year

JACKSON, Tenn. — The Madison County Board of Elections met Thursday to approve their budget for the next fiscal year. 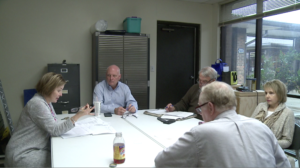 Administrator of Elections Kim Buckley says the election commission is asking for more in next year’s budget due to the number of elections coming up in 2018 and 2019.

“This budget includes our August election and November election of 2018 and then the city of Jackson election for 2019,” Buckley said. “The city of Jackson will reimburse us for our expenses, but a lot of those expenses we have to pay up front.”

The election commission is asking for a total of $485,000 in their operating budget and another $38,000 in their capital budget.

Buckley says the commission is also discussing the possibility of buying new machines in the next few years.