JACKSON, Tenn. — Representatives from the Tennessee Highway Patrol say distracted driving is happening all around us all the time. So, in order to show drivers what can happen if they don’t change their ways, they teamed up with David Francisco for their most recent campaign. 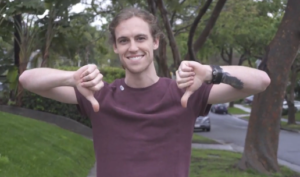 Fransisco says he was only 24-years-old when he woke up in a hospital room with a broken spine, paralyzed from the waist down.

“There’s still things I deal with on a daily basis. I still use catheters, and I still have trouble walking. I was never even supposed to walk again,” Fransisco said.

Francisco says his story is what inspired him to join forces with agencies such as the Tennessee Highway Patrol to promote the fourth annual Thumbs Down to Texting and Driving campaign.

“If there’s something else good that can come from my accident, then I’m all for that, and I think in this case, it’s being able to speak out about what happened to me and share my testimony,” said Fransisco.

Francisco says he wants to not only spread awareness, but share his story of forgiveness and recovery. 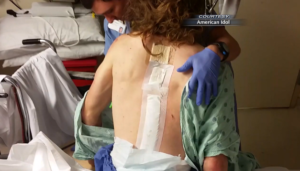 “I have had to work for two years now just to be able to get my leg function to return, but some people lose their lives everyday due to distracted driving,” Fransisco said.

Francisco is a musician and performer and was a contestant on “American Idol.” Along with his music, he also wants to spread an important message. 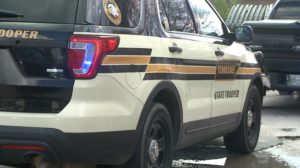 “You’re responsible for the people around you when you’re driving, and that it may not seem like a big deal, but it could change someone’s life forever,” said Fransisco.

Francisco says he graduated from that audio engineering school in Nashville this past summer and got married this past February. The lady who hit him back in 2016, attended their wedding reception.

The THSO and THP encourage everyone to participate in the Thumbs Down to Texting and Driving Campaign by posting photos of two thumbs down using #thumbsdowntn via social media, throughout the month of April.