FRIENDSHIP, Tenn. — One man says racism is something he not only sees in movies and on the news but in his daily life. He says he used to live at a house on Depot Street where he’s never felt welcome. 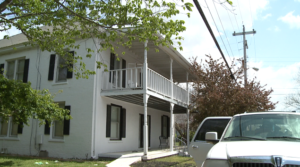 “It’s always been a message that we were not wanted here in Friendship, Tennessee,” said the renter of the home.

The renter of this home, who did not want to be on camera, says he has been experiencing racially discriminating incidents ever since he moved there over a year ago.

“From vandalizing my car, garage, breaking in, stealing things, beating on the door late at night,” listed the man.

He says just Wednesday morning, he discovered racial slurs spray painted on the walls of his house.

“That’s a pretty building, and it’s right on the corner there in the downtown area, and I was just more concerned with getting the paint off the building than I was anything else,” said Mayor Casey Burnett of Friendship.

Mayor Burnett says he was one of the first people to see the graffiti, but he says he doesn’t consider it to be a hate crime.

“It did have a little bit of a racial slur to it, but we’re not a racial community at all,” said the mayor, “and things like that are not at all reflective of our community.” 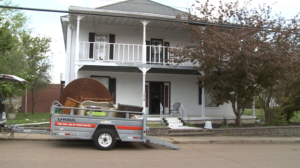 The renter of the home says these circumstances have taken a toll on him and his family, deciding moving was the best option.

“If they’re bold enough to walk up on a lit; I’m saying this is a well lit house, at night and do this, there’s no telling what they’ll do next,” said the man.

The question now is, what should be done next?

“I think we should treat people based on their mindset and how they conduct themselves and their character,” the man said, “and if we’re going to be a judge, be a judge of character and not skin tone.”

“If we had a problem, we won’t put up with it. We’ll put a stop to it, but I think this will blow over in a day or two,” Mayor Burnett said.

Police Chief Bill Garrett says, the investigation is still underway. He says he is currently waiting on surveillance video from a nearby business that he hopes will shine a light on what happened.