1 injured in shooting at Lincoln Courts

JACKSON, Tenn. — Police have confirmed one person was injured in a shooting Monday afternoon at an east Jackson apartment complex. 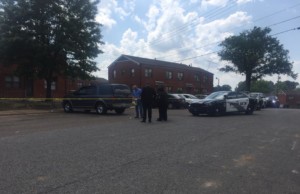 Police responded around 2:30 p.m. Monday to a report of shots fired at Lincoln Courts.

Police say a person reported to a local hospital, where they had been taken by personal vehicle, with a gunshot wound.

That person’s injuries are not believed to be life-threatening.

No suspect description was immediately available.

Anyone with information is asked to call the Jackson Police Department at 731-425-8400.