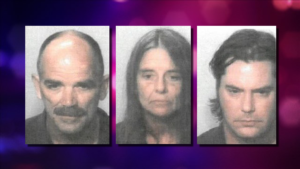 The Jackson Metro Narcotics Unit searched a home May 17 in Madison County where they arrested the suspects. Investigators say the drug bust led law enforcement officers to discover several pounds of marijuana, firearms, thousands of dollars, and a marijuana grow operation inside.

A couple from Oregon,  Michael and Tawni Boutin, along with their alleged accomplice, William Cisco of Jackson, have been indicted on federal drug trafficking charges.

Law enforcement officers in Madison County conducted what they call a “knock and talk” after receiving information about alleged drug trafficking inside the residence. The claim came from an anonymous tip.

“We go out and investigate every tip,” Lt. Long said. 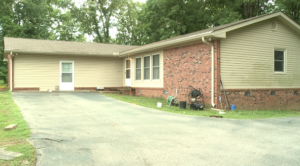 According to court papers, the Jackson-Madison County Metro Narcotics Unit found several illegal items at the home on Watson Road.

In addition to that, investigators say there was a tour bus on the property with three pounds of butane hash oil, a marijuana concentrate, and $7,000 in cash.

You may recognize Micheal and his wife Tawni from a reality TV show called “Weed Country.” The series followed dealers and growers in the northern California and Oregon areas.

“It obviously brought some light to the community that these folks were from Oregon,” Lt. Long said.

Cisco’s relationship to the couple is still being investigated. If convicted, the three suspects could face 10 to 25 years in prison.

“Right now they’re just allegations, and those folks are innocent until proven guilty,” Lt. Long said. “But we are quite comfortable with our case and the investigation that we did that we will be able to bring these folks to justice.”

U.S. Attorney Mike Dunavant released a statement in regard to the indictment, saying, “Here in the Western District of Tennessee, we are not ‘weed country,’ and this office will enforce the rule of law by prosecuting marijuana cultivation, distribution, and possession aggressively.”

There is not yet word on when the three suspects will appear in court. Assistant U.S. Attorney Matt Wilson is prosecuting the case on behalf of the U.S. Government.