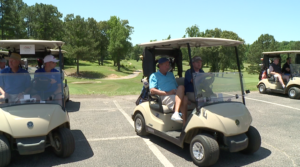 “This raises money for our rewards fund,” Crime Stoppers director Lt. Mike Johnson said. “When somebody calls and we pay a reward, the money that these people donate by playing in this tournament, that’s what we pay the rewards with.”