CHESTER COUNTY, Tenn. — The chief of police in Henderson has resigned effective the end of this week. 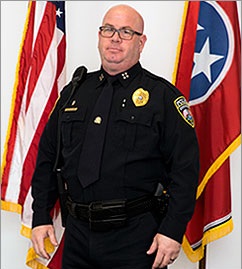 Wilton Cleveland confirmed to WBBJ 7 Eyewitness News that he turned in his letter of resignation Tuesday morning.

Mayor Bobby King has named Assistant Chief Gary Davidson as interim chief of police, according to the post. The mayor will ask the Board of Aldermen to confirm Davidson as police chief at the July monthly board meeting.