JACKSON, Tenn. — A former Henderson pastor and teaching assistant once charged with raping a teenager entered a guilty plea Tuesday. 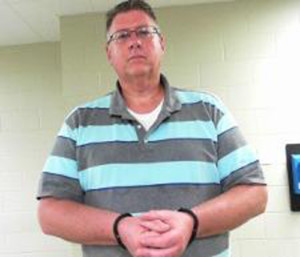 “He entered a best interest plea, which means he was accepting an agreement without admitting to any of the conduct,” Mark Donahoe, Ulmer’s attorney, said.

The former Henderson pastor and Chester County High School teaching assistant is accused of tying up and sexually assaulting an 18-year-old at his home in 2017, according to court documents.

Donahoe said Ulmer will serve one year in the Chester County jail and spend 10 years on probation. “He will report, and part of the agreement was that he would be on the sex offender registry,” Donahoe said.

According to the plea agreement, Ulmer also cannot have any contact with witnesses or the victim.

The district attorney said they consulted with the victim before reaching the agreement.

Had Ulmer gone to trial and been convicted, Donahoe said he would have faced more jail time. “He was subject to a 100 percent jail sentence from eight to 12 years,” Donahoe said.

The district attorney said if Ulmer violates any terms of the agreement, the remainder of his sentence could be revoked and he could face additional charges.