Local mother turns to commissioners in seeking justice for family 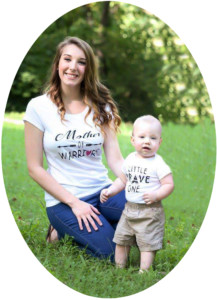 CAMDEN, Tenn. — One Benton County mother says she aims to bring awareness and justice to her family and is turning to county commissioners.

Amanda Parks is challenging the legal system following the death of her daughter last year. Parks is the mother of Ashley Grooms and voiced her opinions of what she believes is a pattern of leniency towards accused criminals.

A mother pours out her heart to 17 county commissioners Monday night at the Benton County Courthouse.

Investigators say Grooms was murdered in her home in November 2017 in the presence of her 14-month-old son, who was unharmed.

According to court documents, her husband, Derek Grooms, was indicted by a grand jury on first degree murder, felony murder and aggravated child abuse.

Parks says she believes the system has failed her and her family and is looking for justice.

She says she believes the system was lenient towards her daughter’s accused killer because she claims he served only 60 days on a previous charge of assault in an unrelated case.

“As elected officials in this county, I am holding you responsible, and I hope you hold the other commissioners of this county accountable as well,” Parks added.

She claims it should be used more often because she felt uncomfortable when Grooms was recently brought into the courtroom.

“Like in our case, we are having to sit in there with him and I know that is going to have to happen at some point in time, but for him to just come down here I feel like he is getting a day out, you know, a day off,” said Parks.

“I want him to pay for what he did. I want him to spend the rest of his life however long that may be knowing that he took his child’s mom who loved him with all her heart,” Parks added.

Parks says she hopes justice will be served for her family.

Derek Grooms next court appearance is scheduled for August 9.