PARIS, Tenn. — A  life was taken in an automobile accident earlier this week and now family members, friends and the community are coming together to remember the young man in a very unique way. 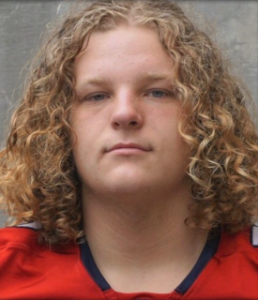 It’s not necessarily what you take with you when you go, but what you leave behind, 18-year-old Jay Kennedy is leaving behind more than memories, he is leaving a legacy.

The Henry County High School Patriots are now without one of their own, J.C. “Jay” Kennedy was killed in a one car accident Tuesday.

The Henry County football standout and incoming freshman at Bethel University participated at a newcomer camp at Bethel on Tuesday. Kennedy left campus around lunch time and was heading back to Paris when the tragedy occurred.

Blake Kennedy, a cousin of Jay started a movement.

“I started “No Cuts for Jay” Tuesday actually, which was the night he passed away,” said Blake Kennedy.

Kennedy says in his state of devastation dealing with the unexpected tragedy, he thought of how he could honor this cousin.

“I was sitting there thinking about it and I was looking at picture of him and I saw his hair and that is the first thing I thought of.. Man everybody knew Jay for his long curly hair. So many people said that he had the most beautiful hair they had ever seen,” said Kennedy. 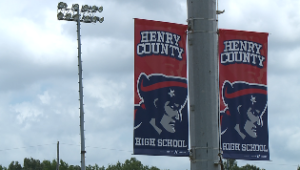 Kennedy said he started a pledge and formed the hashtag ‘No Cuts for Jay’. He says the list of people who pledged to not cut their hair for Jay started out as 5 people and says it has grown to around 75 at last check Friday morning.

“This community has always been strong about, you know, pulling together when people need them and you know it’s obviously showing again,” said Henry County Head Football Coach James Counce.

“I’m fixin’ to keep my hair going like the no cuts for Jay movement and just let it grow out. “Are you going to convince others to do the same?”… Definitely… That’s what Jay would want.. definitely,” said former teammate Jaylon Bennett.

Blake Kennedy has already cut a few hundred decals with the newly formed hashtag. There are also bracelets with reminders of Jay on pre-order with proceeds going to the family.

Funeral services for Jay Kennedy are set for Saturday morning at 11 a.m. at Tennessee Valley Community Church on East Wood street in Paris.