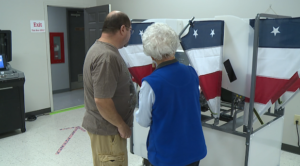 “We have gotten new voting equipment. This is the first time anyone’s had an opportunity to see it,” said Kathy Vest, Chester County administrator of elections.

Chester County voters will see some new machines as they head to the polls.

When voters insert their ballot into the machine, they will be able to check their votes on the screen as well as on a paper ballot. Then they will head over and put it in the tabulator.

The tabulator provides voting officials with four copies of the ballot.

“We have the hard copy, a couple of media sources and a photo copy, so if there’s ever any question or concern, we can go back and all four of those should agree,” Vest said.

William Elmore cast his vote on Thursday. He says the machines should be easy to use for most people. 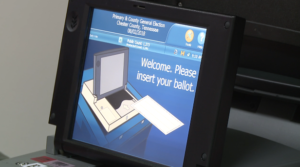 “As far as ease of use, I think an older person, it might be a little problem because of the technology, but for a person young like me it’d probably be fine,” Elmore said.

Vest says these machines were chosen to ease people’s minds about the possibility of hacking.

“One of the great things about it is it’s never connected to the internet, so there’s no way for anyone to hack into it,” Vest said.

And if someone isn’t comfortable with using the new machines, they can still use a paper ballot.