Preparations underway ahead of elections for two local counties

HENDERSON COUNTY, Tenn. — Aug. 2 marks primary elections, and in Henderson County there are many positions to fill. 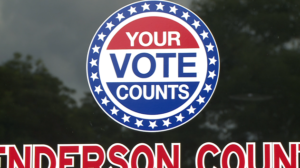 “We’ve got five open seats, when you think about it — the governor, U.S. Senate, the U.S. congressman, and we’ve got the State Rep. race, which our state rep, 77nd District is retiring, so therefore that’s an open seat,” Henderson County Election Administrator Dan Miller said.

“August is usually that election where most people don’t vote actually,” Miller said. “Matter of fact, we already voted more early than we actually voted in 2014 total.”

“The biggest thing that people need to remember is that you’ve got to vote where you live,” Miller said. “A lot of people get confused on this voting. Well, I can go here, I can go there. Again, registration has a deadline, all these have deadlines.”

The Carroll County Civic Center is one of at least 19 other locations that are going to be used as a polling station for the upcoming elections. Finding information about the nearest polling station is easily accessible online.

“It’s our job to make sure people register to vote to begin with, and to add that opportunity we now have online voting in the state of Tennessee,” Miller said.

“It’s all being driven by the state rep. race and also the county mayor race, where there’s independents in all those,” Miller said.

For more voting information for Henderson and Carroll counties, visit the “Seen on 7” section of our website.