CHESTER COUNTY, Tenn. — Expect a few changes this upcoming Election Day in Chester county, ones that will make the voting process much quicker. 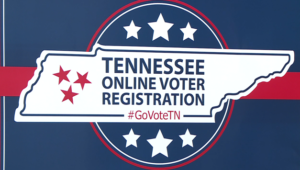 “We have new voting equipment this year. That’s something we’re really excited about,” Chester County Elections Administrator Kathy Vest said. “It will be at all of our precincts. This is the first time that we’ve had a ballot-marking device, and we have optical scanners at all the locations.”

Vest says the machines were rolled out during early voting and that she feels it will help keep information safe.

“They will sign in on our poll pads,” Vest said. “Then they go into the express votes where they mark their ballots. They can review it on the screen. They print it out and still review it there further and make a change.”

In Hardin County, election officials have been ready to go and have already been asked for information from residents on what they need to know.

“They’ve had a lot of calls about where to vote, and we’ve issued people duplicate registration cards,” Hardin County Elections Administrator Jeanette Cronise said. “We have several contested elections this year, so people are very passionate about their candidates and have been coming out to vote, which is always a wonderful thing.”

Mandatory documents include state-issued IDs that are up to date to bring to the polling locations.

“If people need to change their address and they haven’t done it up to this point, they need to go to their original assigned polling precinct, and at that point they will fill out fail-safe application, which is a change of address form,” Cronise said.

In Chester County, Vest says voting was down a bit from 2014, but they are expecting a bigger turnout.

“Usually though about half of our voters, we vote about 50 percent in early voting, and so we’re expecting anywhere from 4,000 to 4,500,” Vest said.

Vest says some of the contested races in Chester County include the Tennessee House of Representatives position, their mayoral race, as well as register of deeds.