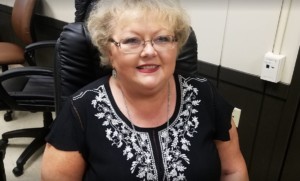 “I lost my cousin to suicide and then I lost a very good friend to suicide. I can blame myself or I can take that and help them and make sure they don’t have the same feelings I’m having,” said Paula.

“Paula is a hero when it comes to serving people in our community who are struggling with different things,” said Kim Parker, Paula’s longtime friend.

“She goes above and beyond and she’s always there to listen to people,” said Erin Holcomb, said Paula’s cousin.

She devotes her time to support groups for families who have lost loved ones to suicide, even bringing gift baskets on holidays to grieving families.
And that’s why she is August’s Jefferson Award honoree, a prestigious award that honors local unsung heroes.

“It’s so rewarding to see someone heal,” says Paula.

Paula says she provides a listening ear to people who have given up on themselves.

“Everyone is fighting their own battle and needs someone to give them a little hope,” she says.