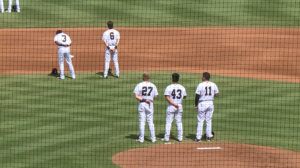 JACKSON, Tenn. — The Jackson Generals held their last regular season home game Monday, but Labor Day was not the last time you could see Arizona’s Double-A affiliate in action.

“You have got the two best teams in the North Division. Montgomery has been on a complete tear. They are the Double-A affiliate of the Tampa Bay Rays. So you have got some of the best Double-A talent in all of baseball going to be playing here next week,” said Jackson’s Team President, Jason Compton. 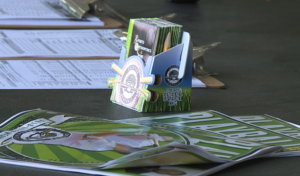 “…. hopefully get a couple wins here and then games 3 through 5, if necessary, will be played down in Montgomery,” Compton added.

In the Southern League, the Jackson Generals were the 2018 First Half North Division Champions which allowed them have an automatic postseason bid for the second time in three seasons.

“Finishing in second place in the North Division here in the second half…. one of the best overall records in the southern league overall combined,” Compton added.

Jeff Comstock has been a season ticket holder for over 10 years and says he loves being at the ballpark.

“I love the atmosphere. I love the players giving them autographs. I just love baseball,” said Comstock. Comstock said he will be heading out to the Ballpark Wednesday and Thursday. 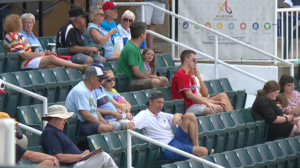 “Today is kinda wrapping up our 70th home game. We have had 70 games and two concerts out here on this field,” Compton added.

The fun doesn’t stop there, postseason ball is just ahead.

For tickets or more information about the Generals you can click on the “Seen on 7” section.