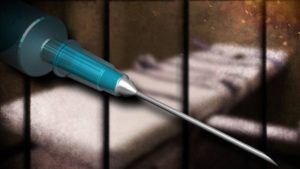 In the state Supreme Court filing Thursday, expert Dr. David Lubarsky concluded based on witness accounts that Billy Ray Irick would’ve felt like he was choking, drowning in his own fluids, suffocating, being buried alive and feeling a burning sensation. Irick was executed Aug. 9.

Lubarsky said Irick’s hands were wrapped in tape and secured to a gurney, preventing the warden from observing hand movement, an indicator that someone isn’t anesthetized.