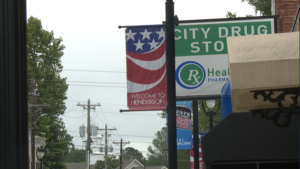 HENDERSON, Tenn.– “Our motto has always been entrepreneurs welcome,” Henderson Mayor Bobby King said. “We’re trying to bring people into Henderson who can do their business anywhere and can come to Henderson.”

A new study sheds some light on potential retail business in Henderson.
The Chamber of Commerce applied for the Retail Academy 101 Grant earlier this year.

“It really wasn’t a grant to exchange money. It was basically, you got a lot of studies and demographic studies with the grant,” Emily Johnson, Executive Director of the Henderson/Chester County Chamber of Commerce, said.

The study focuses on retail development and one specific aspect: drive times.

“Shoppers don’t really care where they are buying it’s how close and quick they can get there,” Johnson said.

Mayor King says the big thing is to get the retailers to look at the city.

“Right now on 45 our traffic count is 15,000. Our retail that’s here in town, the chain retail, does very well during the day 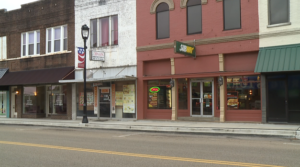 because our daytime population is so high because of the schools,” King said.

Mayor King says the revenue brought in by these retailers, if they chose to come to Henderson, is only half the reason he wants them to come to the city.

The study also showed that students play a big part in the demographic of Henderson and the chamber plans to keep that in mind when reaching out to retailers.