JACKSON, Tenn.– “My sister was getting married on the beach in Ft. Walton, actually Thursday,” Abby Lenard, who lives in Jackson, said over FaceTime. 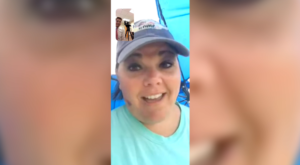 But, thanks to Hurricane Michael those plans have changed.

“We knew we needed to get out of there so we stayed in Destin a couple of nights with family,” Lenard said.

Now Lenard and her family, all 22 of them, are in one house in Orange Beach.

Lenard says now they’re waiting and watching to see if they’ll be able to head back to Ft. Walton to have the wedding.

“They’re saying that in Destin and Ft. Walton what they’re really getting them ready for there is downed trees and downed power lines… things like that but they think the beach area will be okay,” Lenard said.

Just yesterday it was clam and the sun came out, “This morning it’s cloudy, windy and rainy, and you can tell it’s getting stronger and stronger,” Lenard said. 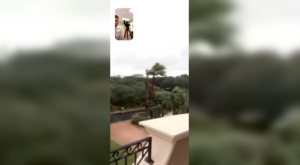 Even as we were talking the wind picked up flipping her umbrella inside out.

Lenard says this is very different from any weather they’ve experienced in Jackson, “We don’t do much traveling, this is a first for us, we’re used to the west Tennessee tornadoes but not a hurricane with strong winds like this.”

Lenard also has a message for everyone here in West Tennessee, “Nothing other than say a little prayer we get my sister married and get her nerves calmed.”

Lenard says, if they can’t return to Ft. Walton by Thursday, the wedding will happen in Orange Beach.