DYERSBURG, Tenn. — Special agents from the Tennessee Bureau of investigation have obtained indictments for a Dyersburg man who stands accused of exposing at least two girls he coached on a youth softball team to inappropriate photographs. 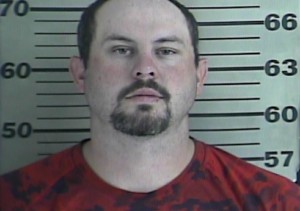 During the course of the investigation, agents developed information that Braden, a coach for a girls’ softball team for Bigtyme Athletics in Dyer County, showed and sent inappropriate photographs to underage females on his team on several occasions earlier in the month of July, according to a press release from the TBI.

On Tuesday, he turned himself into TBI agents and was  booked into the Dyer County jail on $10,000 bond.