JACKSON, Tenn. —  Thursday morning, building inspectors visited Belmont apartments to make sure they were up to code. 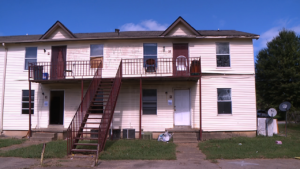 While the owner of the building was not happy about the unannounced inspection, residents felt that it was time for the city to step in.

The property manager Teresa Trice says she agrees the building needs to be updated, but disagrees with the city not notifying her that they were coming. “The way they went about this whole thing was wrong. It’s a right way and a wrong way to do something and they did wrong,” she says. “Give us a letter saying there’s something we need to do to upgrade the building, don’t just come and invade people’s privacy of a morning,” said Trice

The city says they went through all of the proper channels for the inspection.

“We did go through the process, we went through the court,” says Johnny Dodd, City Council District 2. “Once people let us in to do an inspection and gave us permission, I think we had all right to come in and do what we did today.”

The property owner Paul Mundt says he has been in business for over 40 years. He says the tenants that speak well of him are the one’s that pay their rent, while the one’s who complain the most owe the most. He also says on several occasions he has come to fix maintenance problems, but residents said that it was not a good time.

The apartment building will be shut down in 30 days. The city will help tenants for two months while they find a new place to live. They are also partnering with hotels to give residents a temporary home.