JACKSON, Tenn. — Police say two missing children were found safe Wednesday in Chattanooga after their mother was found dead in a Jackson apartment. The man they say fled with the children is now being being questioned, according to police. 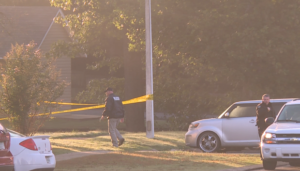 Authorities are now shifting gears, hoping to find out what happened to their mother.

“We are now in the midst of a homicide investigation,” Jackson Police Department Deputy Chief Tyreece Miller said.

“During the course of the investigation, we determined that she had two small children missing,” Miller said.

Miller says Jackson police reached out to the Tennessee Bureau of Investigation, and an endangered child alert was issued for the children early Wednesday morning.

Jackson police say they learned Stewart may be in Chattanooga.

“They were able to find a vehicle that belonged to the father, which led them to an apartment,” Miller said. “Inside that apartment, Keon Stewart was found and the children were safely located.”

Davonta Norris says he was in the apartment when Stewart said he needed a place to stay.

“I was coming home from work and found out this man needed a place to stay for the night, and this morning I woke up to a few M16s in my face,” Norris said.

“That is something we are still interested in finding out,” Miller said. “Our investigators are still digging and trying to determine those ties.”

Stewart was taken into custody and will be brought back to Jackson for questioning in Northern’s death.

Northern’s family has set up a GoFundMe page for help with funeral costs and support of her two children.