JACKSON, Tenn. — While the candidates have been the main point of conversation for the mid term elections, there is another item on the ballot causing some noise. 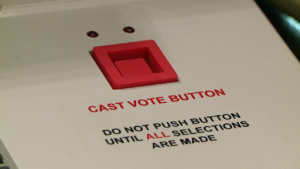 “In our city we have a liquor by the drink referendum and so we have people that have come out to vote on that particular issue,” said Cathy Vest. She is the Chester County administrator of elections.

If passed, this would allow restaurants to start selling alcoholic beverages in counties like Chester and Henderson.

For some, the referendums have not been widely publicized in their counties. Many who are familiar with them are either hopeful or skeptical that they will be voted in.

“You know two of those on the ballot, it even just adds that other fuel to the fire. So we’ll see how that goes,” said Miller.

Huntingdon and Medina residents will be voting on liquor store referendums, which will decide if they will be able to do business in those cities.