GIBSON COUNTY, Tenn. — This week’s Educator of the Week presented by the Tennessee Education Lottery is fourth grade teacher Christie Strayhorn of South Gibson County Middle School. Strayhorn has been a teacher for almost 30 years. 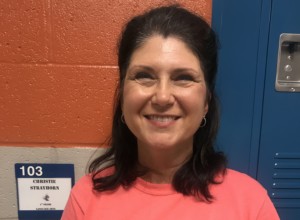 It’s a career she never expected to take on.

“It’s kind of funny,” Strayhorn said. “I loved music. I excelled at that when as a music major, but then I suddenly realized throughout life that actually working with kids and being a teacher, wanting to just make a difference in their lives, was really my goal.”

Strayhorn will now be eligible for the statewide Tennessee Education Lottery Educator of the Month award. Starting in December, to vote for her or any of the other nominees, visit www.seehowitaddsup.com.

Categories: Educator of the Week