Man gets 30 years on sex trafficking charges in Tennessee

MEMPHIS, Tenn. (AP) – A man convicted of forcing women to engage in prostitution in Tennessee and Texas has been sentenced to 30 years in federal prison 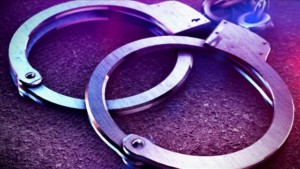 The U.S. attorney’s office in Memphis said 41-year-old Antonio Hawkins was sentenced Friday after he was found guilty in July of sex trafficking.

Prosecutors said in a statement that Hawkins took three women from New Orleans to Houston “to put the women out on the prostitution track” in April 2016.

While in Houston, Hawkins picked up a 15-year-old runaway and forced her into prostitution as well.

Hawkins then brought the women to Memphis, where he hit them, pointed a gun at them and fired warning shots to keep them from leaving.

Hawkins was convicted of charges including sex trafficking by force, fraud and coercion.