Overturned tractor-trailer stalls traffic on I-40 near Jackson 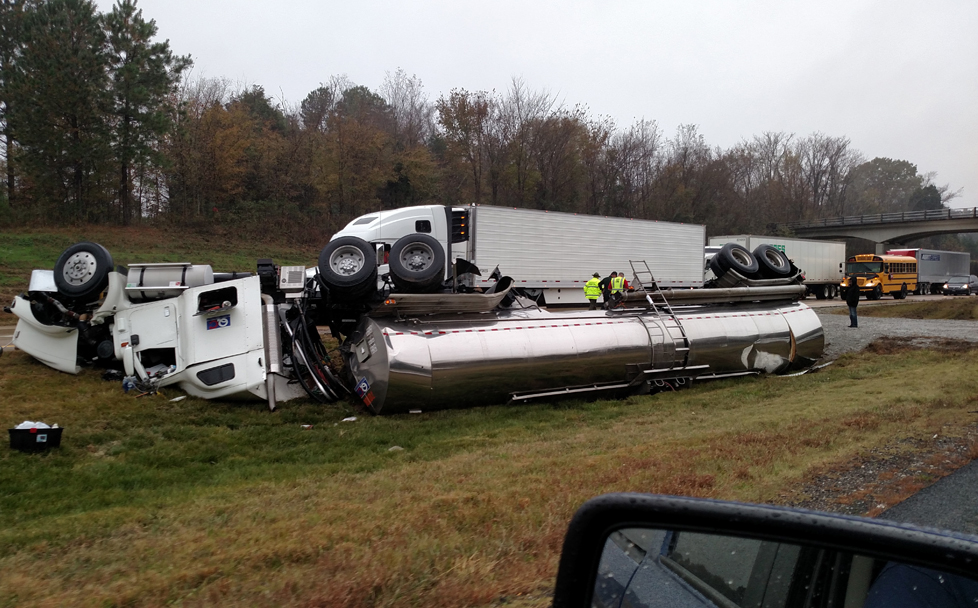 UPDATE: Traffic will continue to move slowly Monday afternoon as crews clear the scene of a Monday morning wreck on Interstate 40 near mile marker 88.

Lanes will open and close during a four- to five-hour time frame as necessary, according to the Tennessee Highway Patrol.

The THP says the truck’s tanker was filled with oil but is not leaking.

The crash happened around 10 a.m.  The Madison County Fire Department says there were minor injuries and no chemical leak.

A WBBJ 7 Eyewitness News tipster sent in photos of the apparent crash involving a tractor-trailer. It happened near mile marker 88 in the eastbound lane just before Exit 93. The truck ended up in the median.

The Madison County Fire Department says there were minor injuries and no chemical leak.

There is not yet word on the extent of injuries or what may have caused the crash.