JACKSON, Tenn. — One West Tennessee family says all they have wanted was the truth, and say now, they finally have it. 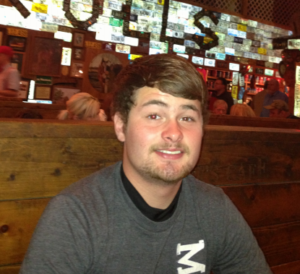 “This is a conclusion of the civil claim that the family has brought against Deputy Knolton arising out of the death of Dillon McGee,” said the McGee family’s attorney Jeffrey Rosenblum.

According to court documents, on September 26, 2014 Dillon McGee was shot by Deputy Thomas Knolton of the Madison County Sheriff’s Office in north Madison County.

The shooting happened as investigators said they were trying to talk with McGee about an investigation when they say he accelerated his car. That’s when the shooting occurred, which fatally wounded McGee.

Over the past four years family members say they have been searching for answers.

“I am pleased the matter has been resolved, but the matter got resolved after four years of a long fight,” says Rosenblum.

This month, the case was settled in mediation. The defense stated that had the case gone to trial, the plaintiffs in the case would have been the prevailing party.

WBBJ 7 Eyewitness News also spoke with Deputy Knolton’s attorney for a comment on the settlement.

“I mean, it’s just based upon my experience and handling cases just feeling that was the best way to resolve it,” said Knolton’s attorney Michael Hill.

The McGee family originally asked for a $3 million settlement, but the final amount of the settlement was undisclosed.

It was a fair monetary amount to resolve this claim,” said Rosenblum.

In a statement the McGee family says all they ever wanted was the truth.

“We proved conclusively that Deputy Knolton was not in harm’s way, Deputy Knolton fired the shot from the side of the car versus the front of the car, and that this was excessive force,” said Rosenblum.