JACKSON, Tenn. — Jackson police are investigating the second and third homicides of 2019.

Police Chief Julian Wiser confirmed Wednesday night that police responded to a home on Rainbow Cove around 9:45 p.m. after a report of shots fired.

“Currently, we have two people shot and we’re working a homicide investigation,” Wiser said at the scene Wednesday. 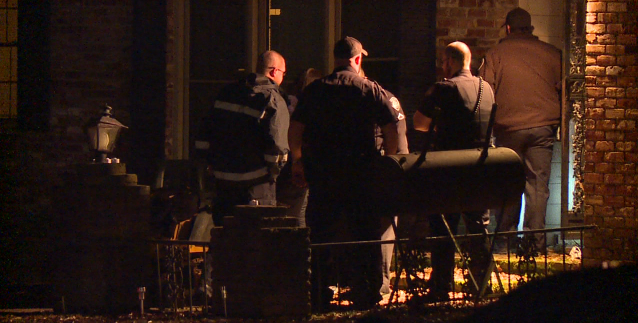 In a news release Thursday, police said two men were found dead inside the house at 30 Rainbow Cove. The men killed in the home have not been identified.

Police say the shootings are believed to be a drug-related home invasion and robbery.

“Initially, it appears it could be robbery or drug-related,” Wiser said at the scene.

Police believe one of the two victims lived in the house. The second victim is believed to have been one of two suspects involved in the robbery.

The second robbery suspect left the scene before officers arrived, according to police.

“We have not had anything like this happen before,” neighbor Hazel Moten said. “I’ve been out here 40 years.”

“I live out here in this neighborhood, and it’s very quiet,” Moten said. “I am really shocked about what I’ve heard.”

Police say the bodies have been taken to the Medical Examiner’s Office in Nashville for an autopsy.

“We’d ask anyone that lives in this area that saw or heard anything to call the police department,” Wiser said.