JACKSON, Tenn. — A man wanted by the Madison County Sheriff’s Office turns himself in to deputies Tuesday afternoon after calling WBBJ 7 Eyewitness News. 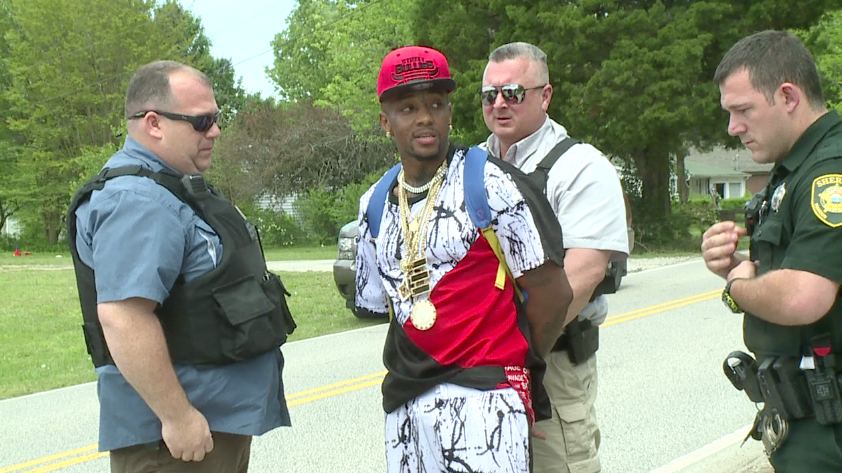 We were there as Devoris Newson surrendered just after 2 p.m. at a north Madison County home.

Newson was wanted in connection with a shooting Monday night at a home in the 400 block of Pipkin Road.

Newson spoke with WBBJ 7 Eyewitness News prior to his arrest.

Newson is currently in custody at the Madison County Criminal Justice Complex.

On April 2nd, in a 3 minute recorded phone conversation, Devoris Newson said he was hiding inside the old hickory mall.

Nothing ever came up of this, but Tuesday Newson called the WBBJ 7 Eyewitness Newsroom again to turn himself in to authorities.

He is wanted by the Madison County Sheriff’s Department on multiple charges including aggravated assault and aggravated kidnapping.

Authorities said he is allegedly involved in a shooting on Pipkin Road Monday night in Jackson.

Newson said he called the police, while waiting he started ranting to our cameras.

He waited more than 25 minutes for authorities to arrive before he was arrested.

In a news release, the Madison County Sheriff’s Department said Newson surrendered and is now in custody thanks to the media and public support.