TRENTON, Tenn. — Police are looking for suspects in a recent store burglary in Trenton.

“At about 4:15 a.m., the police department was notified of a burglar alarm going off at the 45 Package Store. Officers responded and found that the business had been burglarized,” Trenton Police Department Lt. James Wilson said. 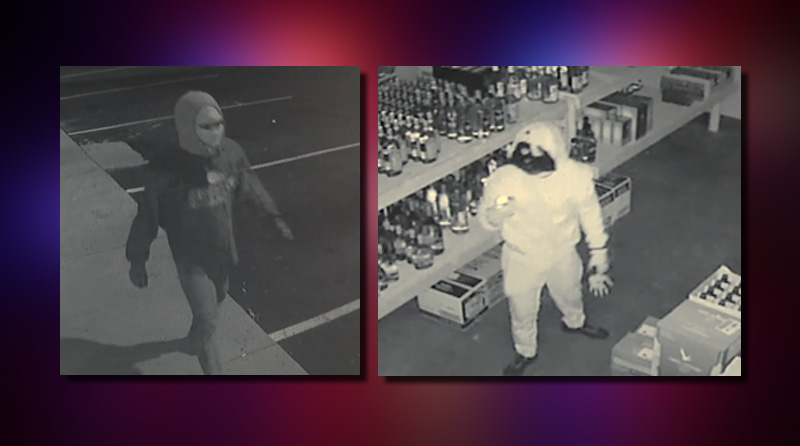 Police say the break-in happened early Thursday morning after the business had already closed. No employees were in the store at the time.

“Several items were missing, several cash registers were damaged, and an undisclosed amount of money was taken from the business,” Lt. Wilson said.

Police say several bottles of liquor were taken during the burglary.

“We were able to determine that there were two suspects. We have not identified either one at this point, and we are asking for assistance in doing that,” Lt. Wilson said.

Lt. Wilson says the suspects are believed to be two men, one wearing dark clothing and the other wearing a bright red or orange hoodie.

Wilson says both suspects also wore masks and gloves during the break-in.

One of the suspects was wearing a costume mask.