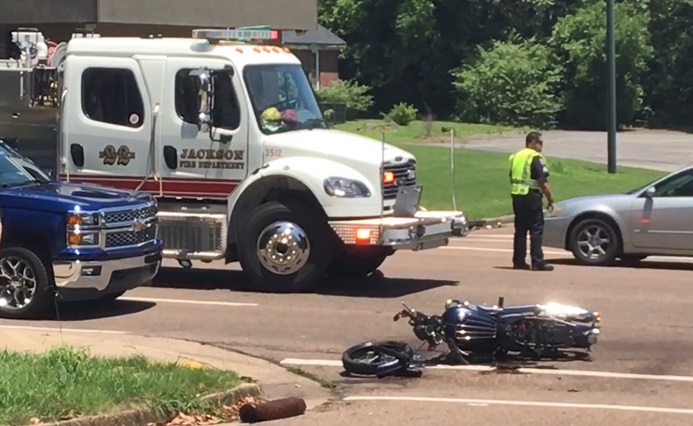 The crash occurred around 1:15 p.m. Monday at the intersection of North Highland Avenue and Division Avenue.

Jackson police say the crash involved a motorcycle and a car. They say the driver of the motorcycle was taken to a local hospital.

There was no word on the extent of the injuries.

Witnesses told WBBJ 7 Eyewitness News that people got out of their vehicles to help as soon as the crash happened. They say a man ran into his house to get a first-aid kit.