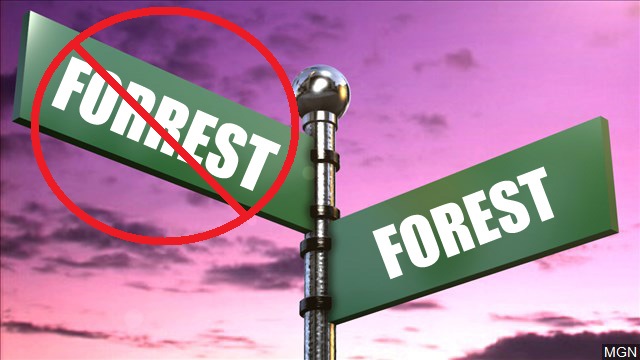 News outlets report that about 30 signs were changed Monday from Forrest Avenue to Forest Avenue, dropping one “r” from the spelling. Residents were concerned the initial street name honored the Confederate general and Ku Klux Klan leader Nathan Bedford Forrest.

In April, Memphis officials approved an action to rename the street, which spans several miles through the city.

The Daily Memphian reports it’s likely Forrest Avenue was named after the Confederate Forrest, though no documentation has been found to verify that.

Research by the Office of Planning & Development found that the street was originally spelled Forest in the early 1900s, but Forrest later started appearing on signs and in directories.