THP urges drivers to ‘look twice, save a life’ for motorcycle safety 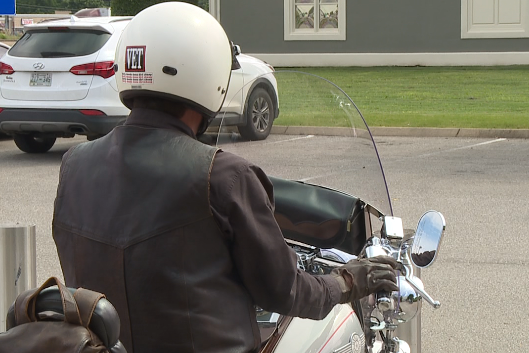 “‘Look twice, save a life.’ That’s the logo, but it’s real. Look twice and give them some room,” Tennessee Highway Patrol Lt. Brad Wilbanks said.

The staff at Bumpus Harley Davidson in Jackson say other motorcycle riders immediately called to make sure their friend was OK.

“Just be aware, we are people,” general manager Mike Gay said. “We enjoy a passion for motorcycle riding, and that’s what we do.”

“People just don’t pay attention,” Gay said. “They’re on their cell phones, texting, talking, whatever, and not paying attention to what’s going on around them. They’re on four wheels, we’re on two wheels, or three in some cases, so they have a lot of armor around them and we don’t.”

They want you to give them the same amount of respect as they give you.

“We’re always on the offense and the defense, so we’re constantly searching, looking in our mirrors, watching what other people are doing, just to be prepared for any adverse reaction somebody makes,” Gay said.

So far this year, 46 people across the state have died in motorcycle crashes. In 2018, 168 people died. That’s the highest number in 10 years.