HUMBOLDT, Tenn. — A man accused of stabbing his own father to death appeared Wednesday in court. 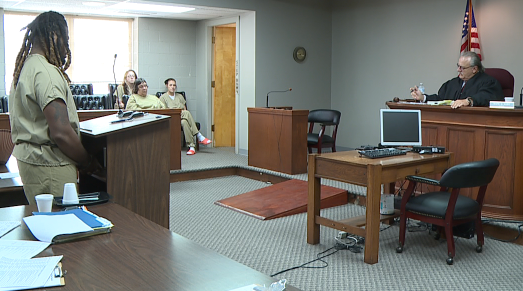 Jaquaez McHaney, 21, was arraigned in Humboldt General Sessions Court after police say he stabbed his father, 48-year-old Phillip McHaney, to death over the weekend.

He is currently charged with second-degree murder and aggravated assault.

According to the warrant, McHaney was stabbed multiple times in the stomach and back areas during an argument with his son at their North 13th Avenue home.

Humboldt police responded to a call around 8:30 Saturday night, where McHaney was pronounced dead at the scene.

Court documents say another woman in the house also had a cut to her finger during the struggle.

McHaney will be represented by a public defender in his next court appearance.