JACKSON, Tenn. — The Hub City will soon have its first new mayor in over a decade. 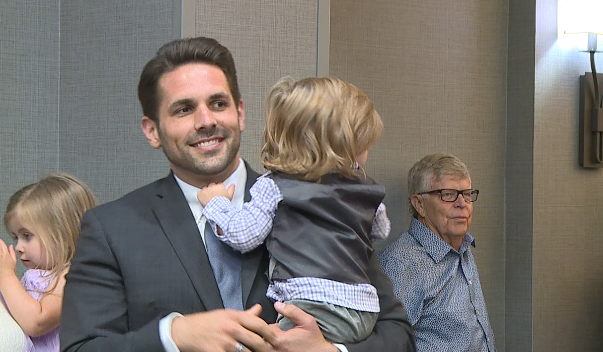 WBBJ 7 Eyewitness News was on scene at Scott Conger’s watch party for the moment when Conger learned he’d be mayor.

Conger says he took advantage of social media platforms and grassroots marketing, but he gives one solid reason to why he was the winner Tuesday night.

“More importantly, tonight is our night because you did it. You all did it,” Conger said.

The race was called for Conger around 8 p.m. as the numbers came in and Conger’s lead grew.

“It’s a fantastic feeling to know that the 10 months of work we put in, that our message resonated with voters, and tonight they spoke,” Conger said.

Voters for Conger say they are hopeful for his upcoming leadership and what he can do for Jackson.

“Change is good, you know. It’s something different, so I’m looking forward to that,” firefighter Larry Triplett said.

“But I think he’s got what it takes to do it, and I think he’ll bring the city of Jackson to a great new level,” former police officer Peaches Nesbitt said.

Conger says his first priority after taking office will be the city budget.

“We’re going to look at our budget,” Conger said. “We have to make sure and establish a legitimate budget committee and bring our finances back in order so we can start planning for our future.”

Now, Conger is grateful to be Jackson’s first new mayor in over a decade, following in his grandfather’s footsteps.

“I’m doing this because I love Jackson. I thank everyone in the room tonight,” Conger said. “The support was because we love Jackson, that was what it was about.”

Conger will officially take office July 1 once the results are certified.

Conger’s grandfather was the mayor of Jackson for 12 years.