BROWNSVILLE, Tenn. — At many McDonald’s you can get some pretty good deals, even a Happy Meal, but on Sunday morning, police say one customer wasn’t so happy to wait for her meal. 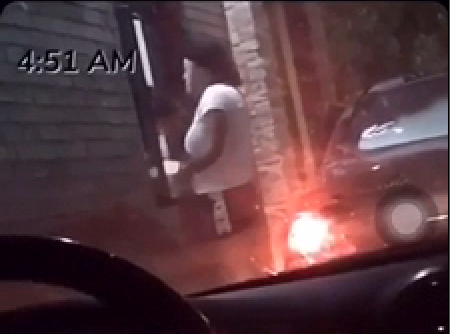 In the video, you can see a woman having a conversation with a McDonald’s cashier.

The woman, Marquenta Glidwell, is who Brownsville police said was unhappy about the long wait for her food.

Unsatisfied with the service, the arrest warrant says Glidwell began assaulting the cashier many times.

The arrest warrant further states Glidwell called the McDonald’s cashier a derogatory name more than once. One of those names was “white supremacist.” The other allegedly was a slur in reference to the cashier’s sexuality.

Also, according to the arrest warrant, Glidwell knowingly and willingly struck the McDonald’s cashier in the face numerous times with a Taser.

The warrant also said the alleged victim had burn marks, two small cuts to his throat and swollen eyes.

Glidwell was put behind bars, but has been released on a $10,000 bond.

She is scheduled to appear July 30 in Haywood County court for aggravated assault charges.